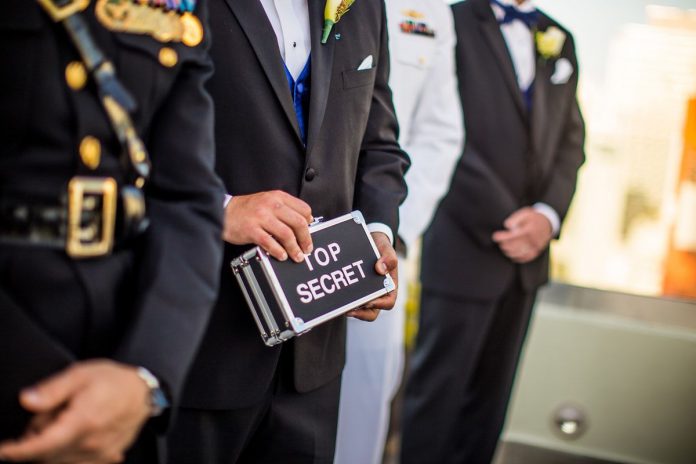 Are Airline Secrets a myth? every day thousands of planes carrying millions of people travel all over the world delivering you and your belongings to a particular destination. Air travel is a way of life for many, and on the surface, it seems pretty straightforward.

However, there are some airline secrets that travel companies avoid telling you or work hard to keep a secret. From cleanliness to cargo to overbooking, these little tidbits of information may just make you look at air travel in a whole new way.

You show up for your flight, and oh no it’s been overbooked. If you’re not in a rush and are willing to be bumped don’t get too eager to accept the first voucher they offer.

Airline insiders say that “until they get enough vouchers to give up their seat, companies will often keep increasing their reimbursement packages.”

Have no choice in the matter? Demand a written check right there because most companies will do that. You’re entitled to up to $1000 cash in reimbursement.

We’ve all been there, you’ve boarded and you’re ready to go. Suddenly the flight attendants give you that speech about turning off your electronic devices.

They never really say why, but it’s implied if even one person is left texting or playing Angry Birds on takeoff everyone is doomed.

So what is it that they are worried about? The reality is that unless you smuggled a flaming galaxy note 7 aboard, nothing terrible is going to happen.

It’s just that phones can interfere with communications in the cockpit and annoy the pilots, when they’re trying to talk to each other and the control tower.

Luggage, animals – these are the sorts of things we all know to travel in the storage area of the plane located beneath our feet. However, one item which is found on many planes isn’t as widely advertised by the airlines.

We are talking about? dead bodies.

People die all the time, and when they are far away from home; the only way to ship their remains back home is in the cargo hold of the plane.

So if you hear any of the flight crew or airline employees discussing HR or Jim Wilson; these are airline codes for “you’ll be having a corpse on board with you today“

Airlines overbooked all the time, why? they want to fly with the plane as full as possible to make it more economical.

Airlines understand that people are late all the time, so they hedge their bets by adding more than a few extra people to each flight to compensate.

However, should everyone show up?

It could mean that that ticket you have in your hands is pretty worthless. At least as far as getting on that particular flight is concerned.

You can get bumped and then have to spend “few hours” fighting for compensation; while you watch the rest of your fellow passengers board and fly away.

Have you noticed that today you seem to get less for your money than you did a couple of decades ago? Before we start ranting about how you could buy a chocolate bar for a nickel, let’s look at the airline.

Yes, the last time you were on board, that seat did seem smaller. No, you aren’t going crazy, and no, you’re not putting on weight.

Those seats are in fact getting smaller.

It’s just the airline’s don’t like to advertise, especially on newer planes, a study from Time Magazine have revealed that “seats are around one inch smaller so they can squeeze more onboard“

It’s definitely one of the airline secrets they don’t like to admit.

If you’re thirsty, after this you’ll want to stick to bottled drinks and alcohol.

Again, Time magazine revealed a study about how the tanks used to store water on planes were pretty disgusting.

Sure they clean and bleach the tanks every now and then. But, this doesn’t remove a lot of the sediment and scum that’s left floating inside.

Can’t believe this? well, just count how many cabin crew you see enjoying tea and coffee next time, the answer is likely zero.

On many airlines the water is so bad they won’t even touch it, so drink up.

Most people equate rough landings with windy weather or inexperienced pilots, this can be true.

However, more commonly you’re not told that a hard landing can occur in wet weather or when your passenger liner is making a landing on a shorter runway.

In the case of a wet runway, a hard landing is done to stick the plane to the tarmac and prevent it from sliding.

For short runways, the pilot doesn’t have room to gradually ease down, it’s all about cutting the power and stopping that multi-ton aircraft before the runway ends.

When you first board your plane it looks bright and clean, don’t be fooled, that bad boy is filled with just as many germs as a public bathroom.

What’s the worst area on the plane?

Well, that tray you put up and down is said to be one of the most bacteria-ridden areas on a modern jetliner.

One of my favorite airline secrets, the airline crew often doesn’t have time to clean the trays, meaning that the surface has all the germs from the last person still on it.

Worse yet, if a parent has decided to check or change a dirty diaper there, well, you can imagine.

Have you ever flown at night or maybe travel a long distance so that when night comes, the cabin lights get turned down to a soothing level? That is not for your comfort or to facilitate your sleep.

Those dim lights are actually to prepare your eyes for an emergency, how so?

Dimming the interior lights at night means that passengers will have improved sight when escaping from a plane into the darkness of the night, that’s thoughtful, in a disturbing way.

With this information in hand, you are now fully ready to head to or run from your next flight, bon voyage and next time think about trains.

9 Tips to Learn a Language When You Travel